Where and when to see

During summer Iceland is home to 60% of the World’s Atlantic puffin population! The puffins arrive in Iceland in May and leave again early September. But where is the best place to see them with kids? And when? In this post you’ll find the answers to these questions and everything about Puffin saving season which is so much fun for kids! 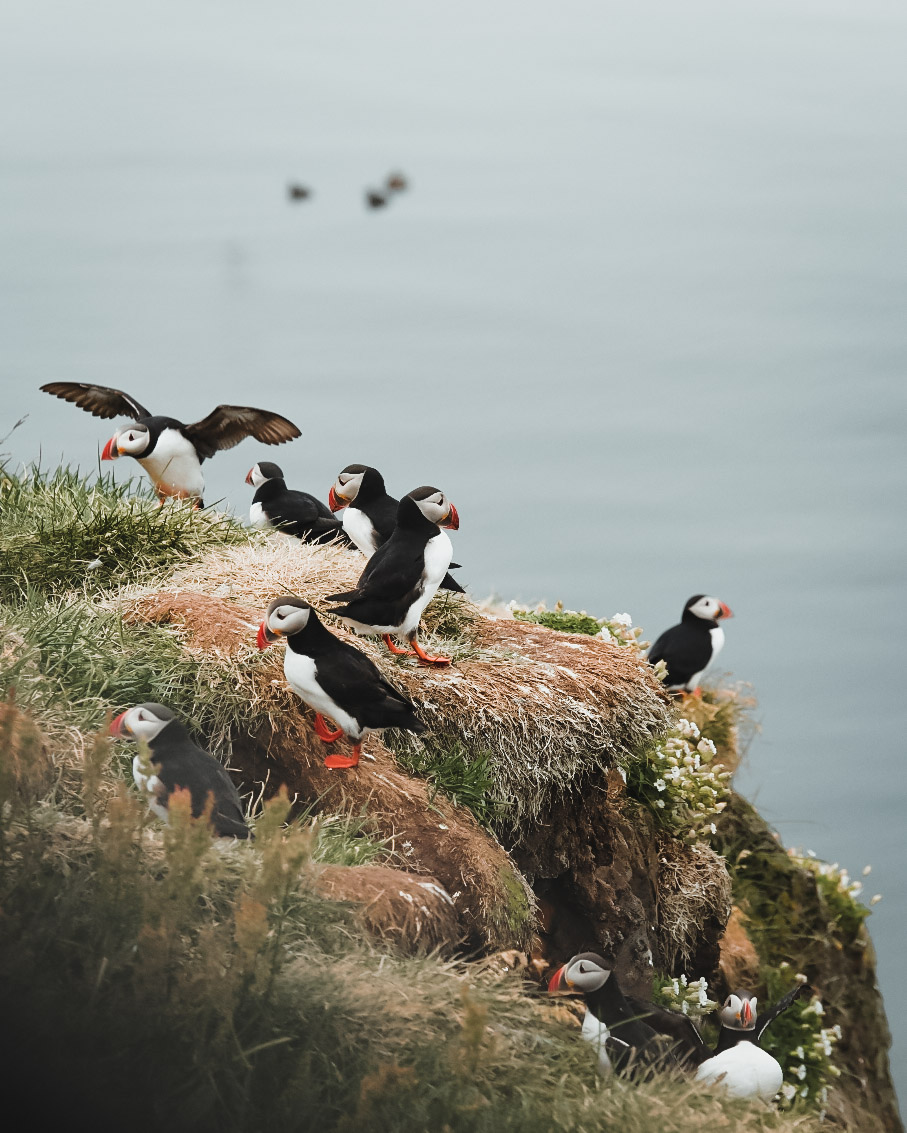 About the Atlantic puffin

The Atlantic puffin is know for it’s beautiful orange beak and also for being a very charismatic birds with a playful personality. Puffins spend most of the year out at sea and during summer they return to land for the breeding season. The best time to see Puffins in Iceland is from May to September. Puffins like to nest on rocky cliff sides along the ocean so Iceland is the perfect location for their breeding grounds. Here are some fun facts about puffins:

When is the best time to see puffins for kids?

Like mentioned above, the Puffin season in Iceland starts in May and finishes early September. Between that time you’ll be able to see the puffins on certain locations around Iceland. BUT – early september is Puffin saving season in Westman Islands and kids love that time of the year! That’s when kids get to rescue the pufflings and help them to sea!

The puffin saving season is something kids here in Iceland love and If you are visiting late-August to early-September you might be lucky to see some pufflings (baby puffins) wandering around. Every year during that time pufflings start to fly away from their nests for the first time. They often fly at night but are unable to find their way back to their nests and end up following the lights into the town of Westman Islands. In the town pufflings become prey for cats and other pets so children and adults of the Westman Islands team up to catch the puffins and relese them back to their nests. I recommend visiting Westman Islands with your kids, especially during that time. Where to see puffins in Iceland?

It’s so much fun for kids to go Puffin watching because they’ll get the change to get really close to them on the best puffin watching locations in Iceland. There are many great locations to see puffins around Iceland but some of them have no to little infrastructure. Therefore It can be quite dangerous to watch them on certain locations, especially for kids, since the Puffins like to stay on steep hills. Here are the places I’d recommend going puffin watching with kids:

Borgarfjörður eystri is my number one place to see puffins in Iceland with kids. Unfortunately it will take some time to drive to this location since it’s in the East but it’s so worth the visit! The infrastructure around Hafnarhólmi which is a cliff the Puffins nest at is great and makes the area so much safer for kids. On other locations you often need to get very close to the edge of the cliff to see the puffins so Hafnarhólmi is the most kid friendly option in my opinion, Plus there are hundreds of Puffins there that you’ll get the chance to see up close! 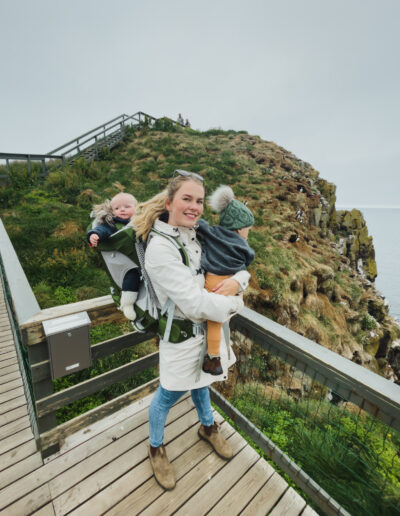 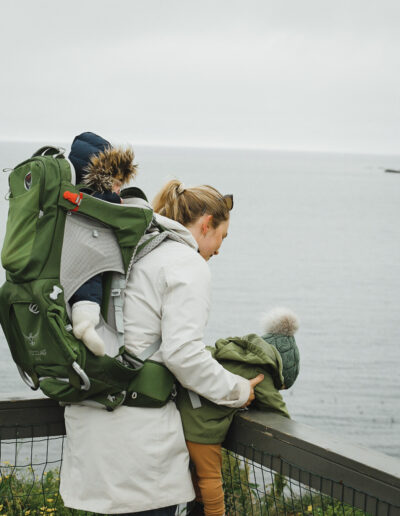 Westman Islands are the home to the largest puffin colony in Europe! Almost 50% of all the puffins in Iceland nest there during the summer so If you want to be in the mids of the most puffin action in Iceland you should definitely check it out! Be sure to go there with your kids early september when it’s Puffin saving season! There is a lookout cabin at Stórhöfði where you can watch the puffins safely. You wont be able to get too close but the number of puffins will make up for it. 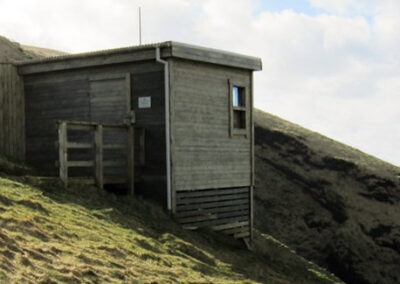 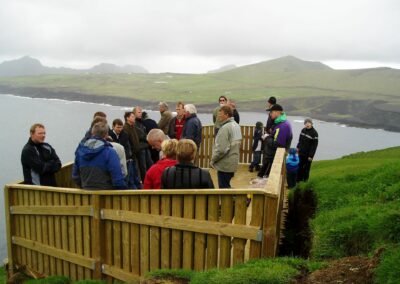 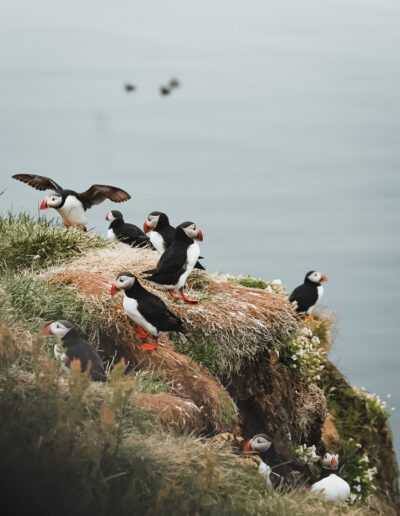 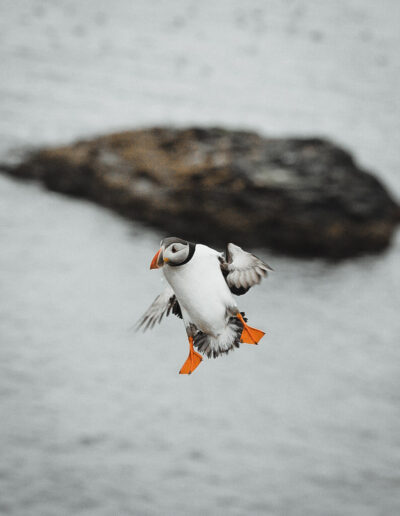 Látrabjarg is the westernmost point in Iceland and one of the main locations to go for puffin sightseeing. It is in fact the largest sea-bird cliff in Europe and the home to many different species of birds. At Látrabjarg you’ll be able to see Puffins up close and they are usually very calm around people. The area is quite dangerous for kids since the infrastructure is lacing. There is for instance no fence protecting visitors from the steep cliff so you’ll have to be very careful with your kids there. 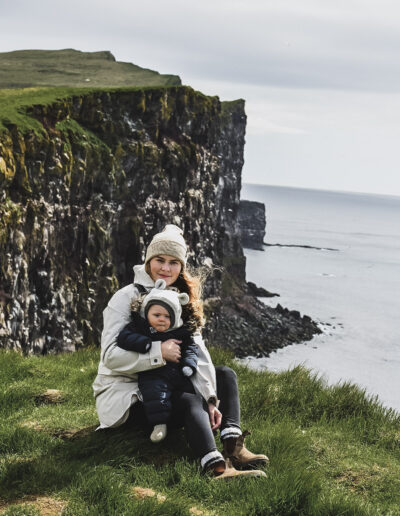 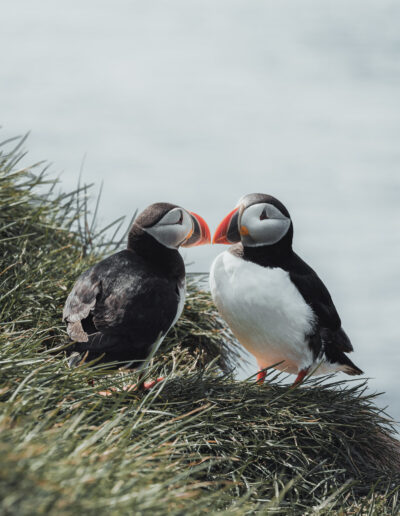 If you are not travelling far from Reykjavík, the capital city,  you can still see some puffins. There are two uninhabited islands located in Faxaflói bay, called Akurey and Lunday, that can be reached from Reykjavík harbour. Lundey actually translates directly to “Puffin Island” and the name comes from the amount of Puffins there! The best way to get there is to go on a guided boat tour that I’ll link below. There are also some combo tours, combining whale watching and puffin watching into one tour that is also fun!

Ready to plan your trip to Iceland?

You can find all of my tips and trick in my guides and itineraries! Including all the kid-friendly secret places around Iceland! Please contact me if you need any help with the planning! 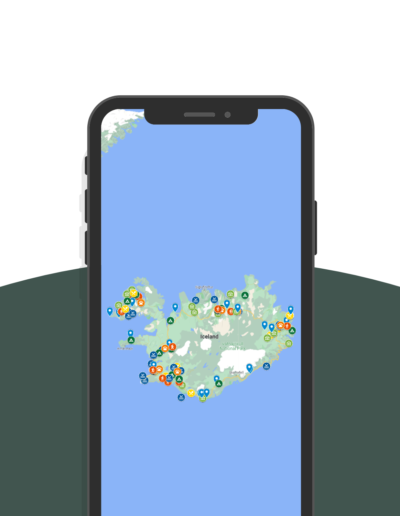 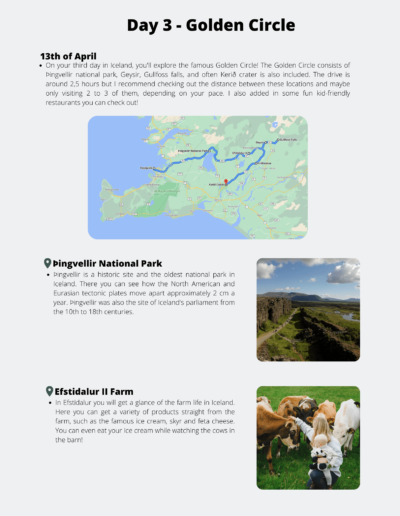 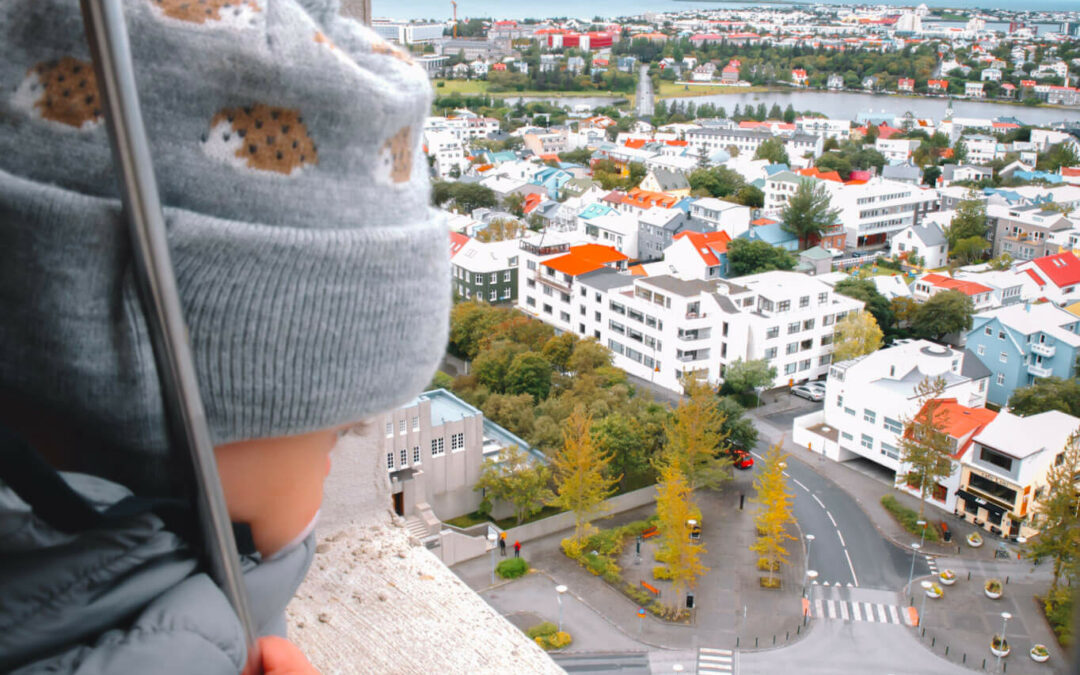 5 things to do with kids in Reykjavík 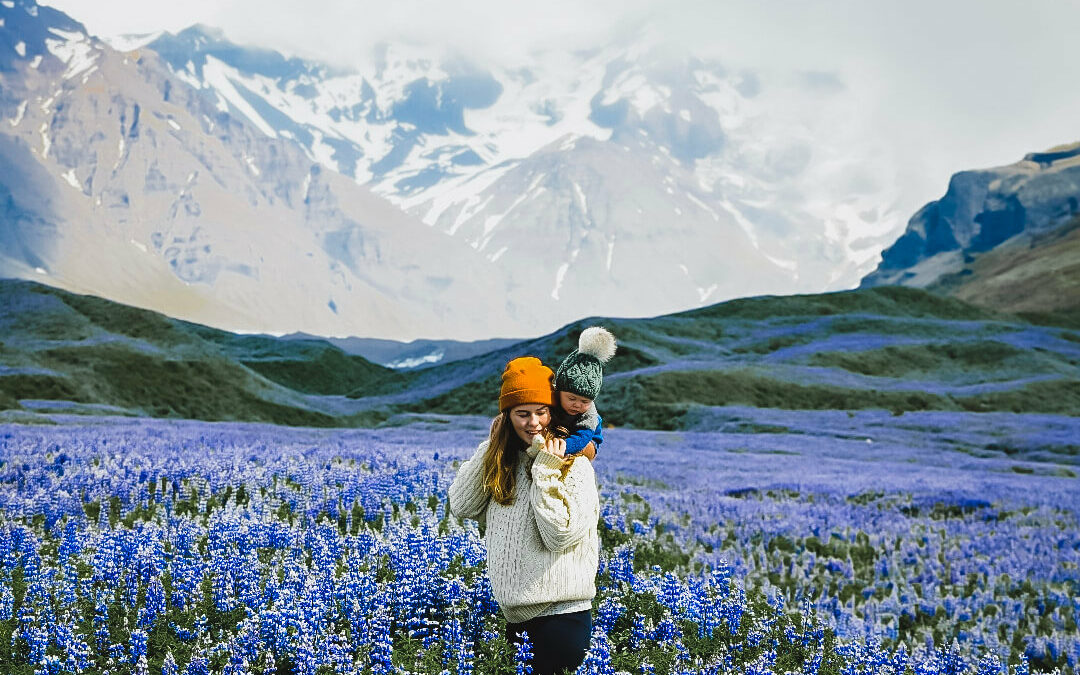 Traveling in Iceland with kids – Everything you need to know